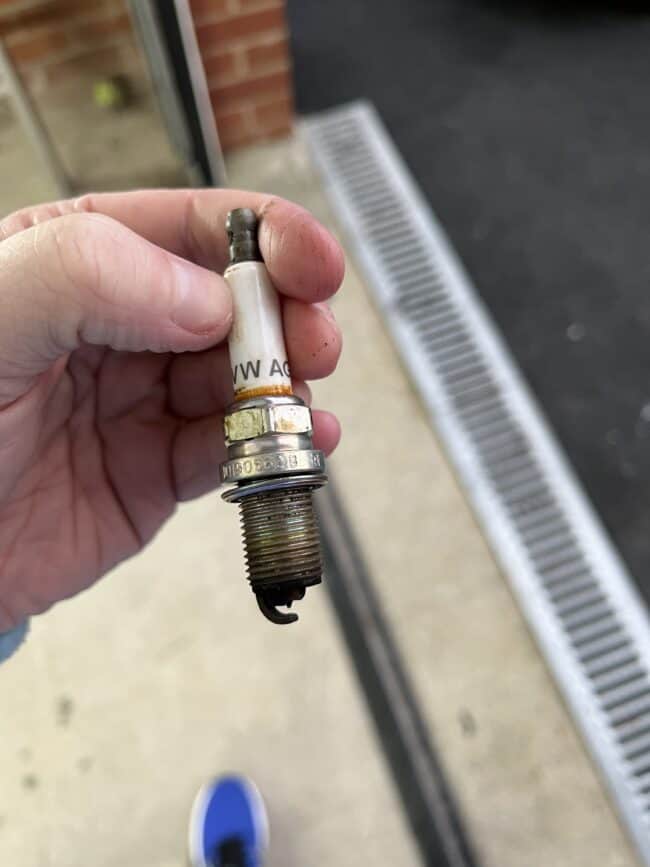 As mentioned in my previous blog post, I recently bought a 2008 Audi S5. As with any used car purchase, I always like to carry out my own servicing and maintenance of the vehicle mainly for peace of mind more than anything. I stress over small details such as the correct oil being used, the correct spark plugs etc. I know It sounds petty and most people would be more than happy to accept a local garage changing their oil or a previous keeper changing the oil but I just worry profusely that it hasn’t been done properly.

A really good example of this is a 2010 Jaguar XJ that I bought a while ago. I purchased it privately from a really nice, genuine chap and he had arranged for the car to have a full service from a local garage prior to advertising it for sale. Upon my buying it, he told me that it had just had a full oil and filter change at the aforementioned garage. Now, I know that almost all modern diesels are equipped with a DPF Filter from the factory. The DPF filter is designed to reduce emissions and acts as a sponge in the exhaust system. It catches and stores up harmful exhaust gasses and then disposes of them in a much more environmentally friendly way which is know as a DPF regeneration (You could read more about the perils of DPF filters and how to avoid expensive repair bills reading our extensive DPF Filter post). Any car which has a DPF filter fitted requires the use of DPF compliant oil, often referred to as Low Ash, or Low SAPS. This is a really crucial point and allows the engine and DPF system to work together as intended. Failure to use the correct oil can result in major problems and ultimately extremely expensive repair bills. You can see where I’m going with this can’t you?

Such was my concern, I telephoned the garage which had carried out the service and asked if they could confirm which oil they’d put in the XJ. Their response? “Err, 5W30 C1 grade sir” Completely the wrong grade and spec of oil for that engine and they couldn’t even confirm whether it conformed to the relevant Jaguar Land Rover standards. So, my first order of works was to replace the freshly installed 6.5 litres of oil with the correct grade and spec. Frustrating and annoying but my theory is that it’s better to be safe than sorry.

Moving on to the S5, I was told the previous keeper that it had been given a “Full Service” 4 months ago and he had asked them to replace the spark plugs and ignition coils with the “most expensive ones”. After a week or so, I noticed that the S5 seemed a little lumpy and kangaroo like first thing in the morning. After a few minutes it was fine and drove perfect but I kept having a nagging thought in the back of my mind about the spark plugs and coils.

I decided to remove one of the spark plugs to inspect and see what sort of condition they were in. This is what I found….

There’s absolutely no way on earth that spark plug had only been on the car for 4 months. What’s more, the ignition coil didn’t appear to be a genuine VW / Audi item. Now that I knew the spark plugs needed replacing, I set about finding the correct specification plugs and coils for the car. After much deliberation I settled on NGK platinum laser spark plugs and NGK ignition coils. These are referred to as OEM and best fit for the car.

They arrived next day and I set about changing them. To my dismay, the plugs that were in the car were a complete mix and match job, some Bosch and some NGK! That really shouldn’t be the case for a monster of an engine like this. Cylinder 8 was in a particularly poor state, the ignition coil had all sorts of rusty staining down the side of it and the spark plug was covered in rust. It looks like the rubber boot on the coil had failed and allowed moisture to form and condensate within the spark plug well.

Needless to say the car runs absolutely beautifully now and completely gone is the lumpy and rough idle first thing in the morning.

The point I’m trying to make here is that you’ve got to be really careful when buying used cars and whether you can trust the previous keepers word. I’m not for one minute trying to suggest the previous keeper of the S5 had lied to me about the spark plugs being changed 4 months ago, it’s highly probable that the garage he used has told him they’ve changed the plugs and actually haven’t touched them! Unfortunately that’s an all too common occurrence nowadays and it’s for this reason that a trustworthy mechanic is worth his / her weight in gold.

My view and advice is to carry out routine serving and maintenance yourself. That way, you’re fully aware of exactly which parts were used and have complete peace of mind regarding the health of your vehicle.