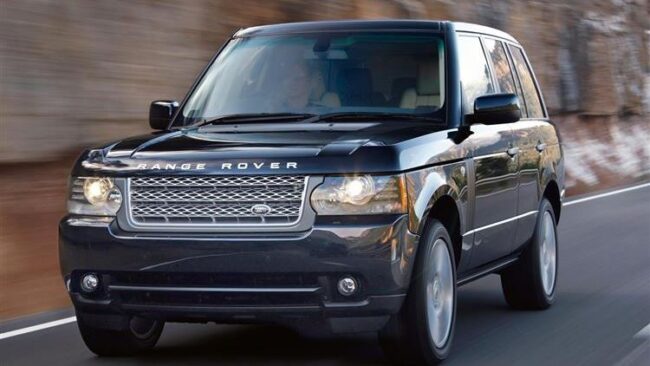 I know, I hear you, the phrase “high mileage” and Range Rover don’t usually go together. Let me try and clarify my thought process, however crazy it may be!

As you’ll know from my previous blog post, my intention was to buy an X358 Jaguar XJ to compliment my newer, X351 Jaguar XJ. If you haven’t already read that post, click the link above and have a quick read through to bring yourself up to speed. After travelling the length of the country on a few occasions, I decided against adding another XJ to my ever expanding fleet. As beautiful as they are, and boy are they beautiful, I just felt that the X351 XJ was too similar to my X358, I already had the perfect big luxury cruiser to roll around in occasionally. It didn’t make any sense to buy another XJ so I decided to abandon the search and look for something different. And it’s at that stage where I found myself browsing the web for yet another Range Rover – my achilles heel.

I’ve owned 3 Range Rover’s so far, all 3 haven’t lasted long after a number of expensive and frustrating failures. To say they’ve been dissapointing would be an understatement. However, that said, there’s just something about them that consistently makes me want to buy another. I’ve owned and driven a lot of cars, some of which have been really special motors (BMW M2, Mercedes C63s, Mercedes ML etc), but nothing comes close to a Range Rover. I don’t actually know what it is, what makes them feel so special? Is it the driving position? Is it their overall size? It’s certaintly not their reliability, that’s for sure! I had a 2017 Mercedes ML which is comparable to a Range Rover but it just felt like a C Class on stilts, it felt absolutely nothing like a Range on the road.

Anyway, I don’t know what it is that attracts me to them so much, but attracted I most certainly am! So i’ve decided upon a car, I’m going to go for a facelifted (2010 and above) L322 Range Rover Vogue. I toyed with the idea of getting an early, first generation Range Rover Sport but was eventually put off the fairly archaic feeling interior. The 2010 and above Range Rover Sport featured a fairly substantial facelight and is a much nicer place to be than the original version but at that price point, i’d rather go for a “Full Fat” Vogue.

The early facelift L322’s featured a 3.6 TDV8 engine before being upgraded to a 4.4 TDV8 in 2011. I think i’m more than likely to go for a 2010 3.6 TDV8 despite reading the horror stories of turbo failures. Because of my relatively low budget, I’m going to have to go for a high mileage example. High mileage is ofcourse a bit of a subjective, opinion based thing. Some people might class 100,000 as high mileage, some people may class that as being just run in! High mileage doesn’t particularly bother me too much, in many ways i’d actually prefer a high mileage car over a low mileage example, especially if it’s a diesel car. Modern diesel cars hate stop-start town driving, they just arent designed for that because of the emissions regulations of modern cars. If a car is fitted with a DPF filter, it’s likely to suffer from problems if not frequently driven on a long motorway run. Have a read of our post on the Best DPF Cleaners to counteract and avoid this. I’d much rather buy a Range Rover that’s done lots of motorway miles than one that’s been used to pop down to the shops and back once per week.

Anyway, the search for a facelifted Range Rover Vogue begins! I’m sure i’ll be covering plenty of miles searching for one, as soon as I have one i’ll update my blog with all the details and photos. Wish me luck!

One thought on “A Change Of Plan… I’m buying A High Mileage Range Rover!”